The photo below was taken at the 2012 SGSU meeting in Charleston, SC where the AUA Honorary Membership presentation was made by Dr. John Barry. See AUA press release 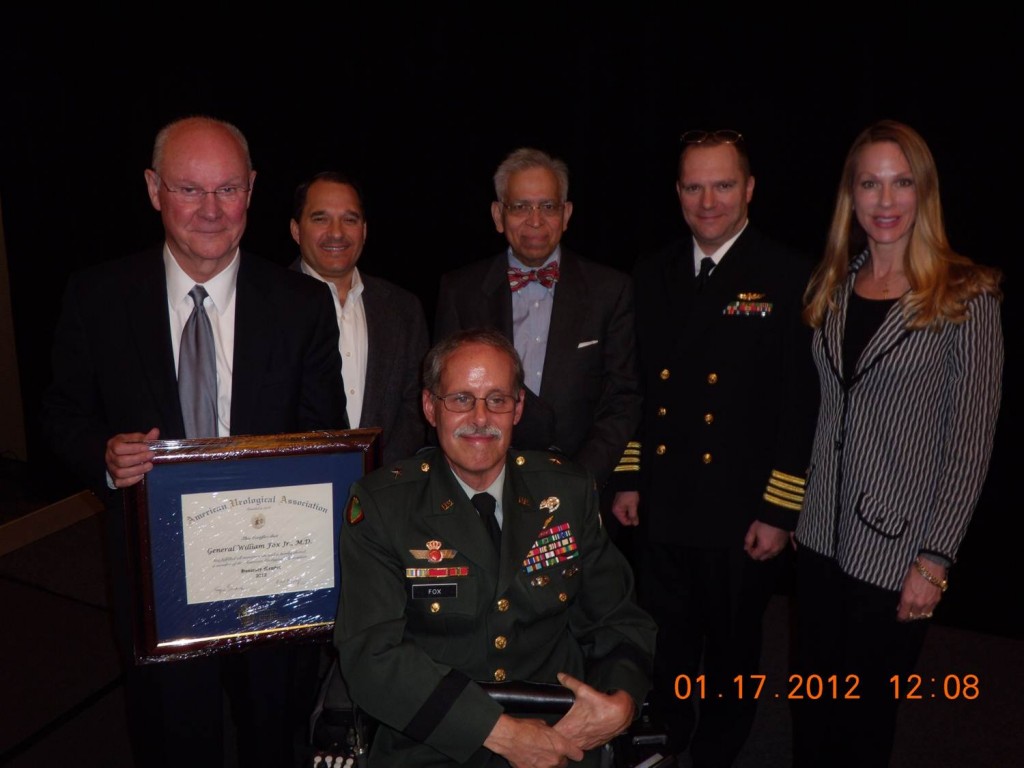 While a urology resident at Madigan Army Medical Center in Tacoma, Brig. Gen. Bill Fox rotated with me on our kidney transplant service. He sustained IED injuries while he was returning from an inspection of a children’s cancer hospital that was under construction in Basra, Iraq. Under small arms fire, a British corpsman pulled him from the back seat of his vehicle. In 10 minutes, he was at an aid station. He had sustained a compound skull fracture and lacerations to his right carotid artery and internal jugular vein. He had lost 85% of his blood volume from the neck wounds and required 33 units of blood. His two months in the Walter Reed Army Medical Center Hospital ICU were complicated by acute respiratory distress syndrome with respirator dependence, meningitis, a subarachnoid hemorrhage, pulmonary emboli, decubitus ulcers and vocal cord paralysis. He sat in his wheel chair at a table on stage and read his talk, “A Prescription for Success in Life.” At the conclusion of his talk, Tom Rozanski, another former urology resident from Madigan who had rotated with me, went up to the podium, faced Bill, and bent over in front of him. Bill put his arms around Tom’s neck, and both stood up. Tom stepped aside; Bill steadied himself with his left hand on the table, and saluted the audience.